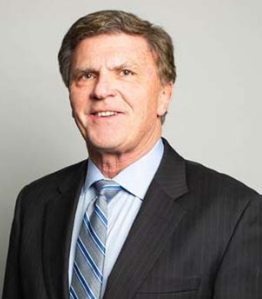 Ehrlich was the Governor of Maryland from 2000 to 2007. While governor, he served on the Maryland Veterans Home Commission and created the nation's first cabinet-level Department of Disabilities, for which he earned the Highest Recognition Award from the U.S. Secretary of Health and Human Services.
In 2003, Governor Ehrlich prepared for a wave of military related cutbacks as part of the U.S. Department of Defense (DoD) Base Realignment and Closure (BRAC) recommendations. Facing thousands of lost jobs due to BRAC budget cuts, Ehrlich created the Maryland Military Installation Strategic Planning Council, a coalition of local officials and business executives with military and private sector expertise. With his guidance and the planning council's efforts, Maryland received a $1.2 million grant from the Department of Labor that help create more than 6,000 new jobs, and saw an increase in military presence in the state.
Bob Ehrlich has a long and successful record of public service. Prior to serving as governor, he served four terms in the U.S. Congress, representing Maryland's Second Congressional District. Ehrlich is currently a partner and senior counsel in the government advocacy practice at the Washington, D.C., law firm of King & Spalding. He advises clients on policy matters and their interactions with the federal government, with emphasis on health care, finance and economic development. Ehrlich is also a member of the University of Maryland President's Panel on Politics and Policy.