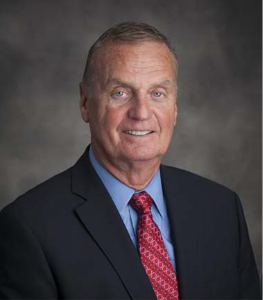 General James L. Jones served as the 22nd National Security Advisor to the President of the United States from 2009-2010. Prior to that he served in senior military positions as the 32nd Commandant of the Marine Corps, as Supreme Allied Commander, Europe, and as Commander of the United States European Command. He also served as Special Envoy for Middle East Regional Security from 2007-2008. During that same period, General Jones served as President and CEO of the U.S. Chamber Institute for 21st Century Energy. General Jones is currently the founder of Jones Group International, serves on the Board of Directors of the Atlantic Council of the United States, CSIS, and the East West Institute. He is also a member of the Defense Policy Board. General Jones received a Bachelor of Science degree from Georgetown University's School of Foreign Service in 1966. He received an honorary Doctorate of Letters (PhD) from Georgetown University in 2000. He is also a 1985 graduate of the National War College.